What Is Christian Prophetic Prayer?

Prayer is a burning?integral part of the Christian faith. When one reads the Bible, he or she will find many chapters and verses that refer to the act of prayer, how one can pray effectively, and when prophetic prayer is in order.
The Role of Prayer
Prayer is where Christians become acquainted with their Heavenly Father’s heart. Prayer is also a place where Christians commune with Jesus, and as that fellowship grows, their spirit becomes more sensitive to what God is accomplishing in their day-to-day lives. Prayer is a vital key to staying empowered to witness to others and staying filled with the Holy Spirit.
Prayer and Prophecy
Prophetic prayer takes place when Christians use revelation given by the Holy Spirit while they are engaged in the act of prayer. Essentially, it is the Holy Spirit sharing knowledge that the person would have no way to know by his or her human ability alone. The difference between straight prophecy and prophetic prayer has to do with the direction of the prophetic word. Straight prophecy is the Lord’s declaration to a person or group of people. Prophetic prayer is aimed toward God in the form of praying for his purposes and plans to come to fruition.
There are many avenues through which one can encourage the manifestation of prophetic prayer. The best way is by simply waiting for the direction of God before one launches into his or her own dialogue. In this way, one can be certain that he or she is waiting to hear what God is saying, rather than having his or her own thoughts dictate the direction of the prayer. In a way, prophetic prayer is more authoritative than standard prayer. It can manifest in the form of declarations and often strengthens the faith of everyone involved.
Similarly, it can be used in spiritual warfare by Christians who are believing for changes in the lives of those who have not yet formed a relationship with Jesus Christ. Scriptures, prophecies, and other revelations can be used to declare the purpose of God for their lives and to fight against strongholds that are hindering them from hearing and reaching God.
The Importance of Timing
It is a great thing to find oneself on the receiving end of a prophecy; however, care must be taken to ensure that one has proper safeguards in place. The Bible states in the book of Luke that when Mary was told she was to bear the Son of God, she realized that people would not understand and held the knowledge in her heart rather than telling everyone what was revealed to her. She waited with complete faith in God for the fulfillment of the promise in His own timing. It is for this reason that many Christians keep a daily journal where they can record such matters and share them only when they feel led to by God.
Discerning Truth
One would not be unreasonable to state that it is sometimes bewildering when an individual prays prophetically, or claims that he or she has a prophecy from the Lord concerning another individual but the statements made never come into manifestation. The Bible states that if God is the source of a prophetic word, He is the one who will cause it to happen or make it evident if action is required on the part of the individual at whom the prophecy was directed.
Unfortunately, within the Christian religion, just as within all religions, there are those who will attempt to manipulate situations in order to achieve a certain result. In addition, there are those who have spoken a legitimate word of prophecy but then become anxious and attempt to try to make it come to pass through natural means. If a prayer is truly prophetic and from God, He will not need help to bring it to fruition. The best way to respond to prophetic prayer is to be expectant and encouraged, not anxious and frustrated. In addition, one should remember to never place trust in man, but rather in God, and be thankful for the revelation the Lord has given, trusting Him to bring it to pass.
Learning to live in the Presence of God is essential to our lives. ?”The Secret to Experience God’s Presence” is a new book by John Belt to?help you do just that – There is no place like His place! 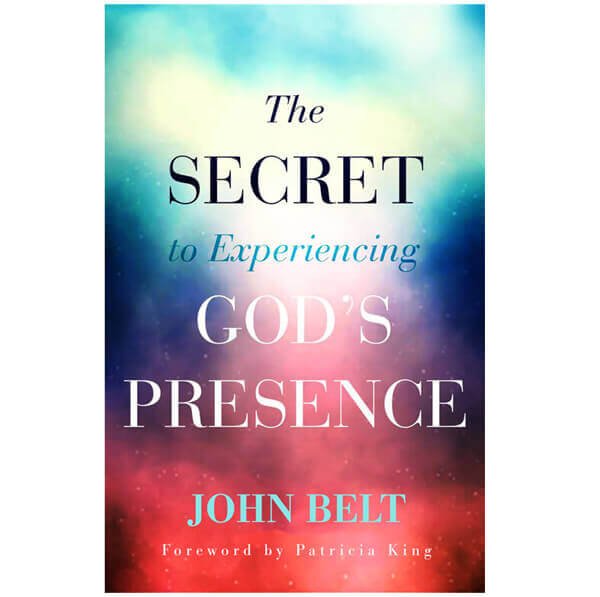 About
Meet John Belt
Meet Brandi Belt
What We Believe

All Events
Invite to Minister